I write this post on personal point of view. I already write similar post in Indonesia Language in here. I’m not only translating, but change little bit of sentence.

Last year, when I’m attending GNOME Asia Summit 2014 in Beijing, Utian (since two years ago) wanna bring GNOME Asia Summit to Indonesia. I try to help as much as I can to chat with GNOME friends and the GNOME Board. Utian him self has Lightning Talk to explain his idea. 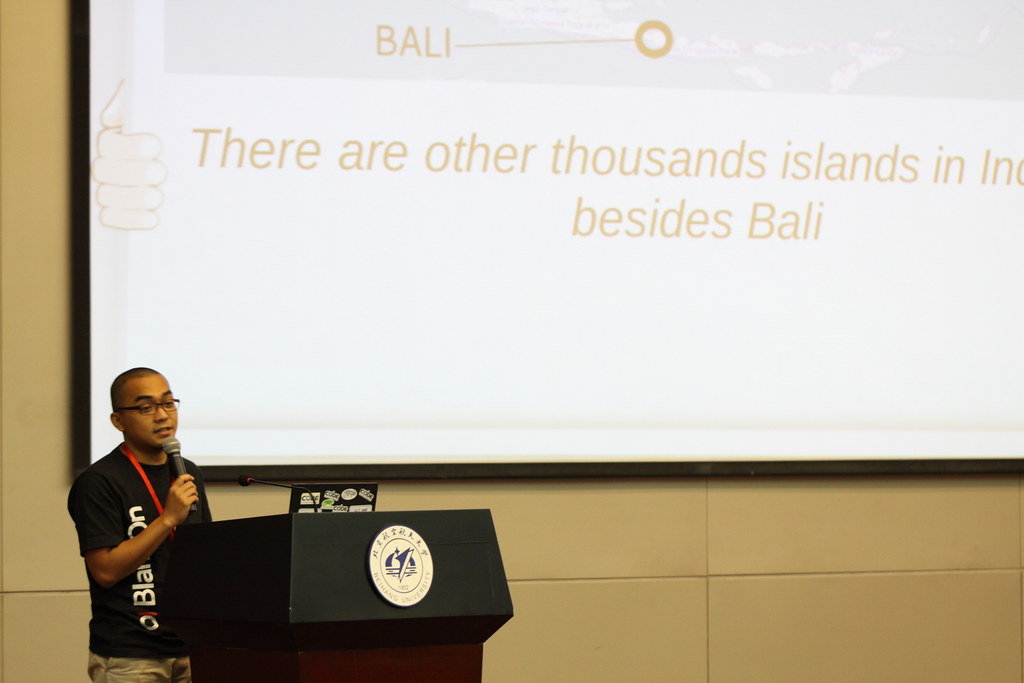 In last two years, here are no activities related to FOSS that large enough in Indonesia. FOSS feels sluggish. Only a few communities that were active but nothing big happens. So it felt just so-so alone and boring.

We need to pull the trigger for local FOSS community with big event, cool and international class. It can rise their will to contribute again. After that, there will be a lot of event that have purpose to improve FOSS movement in this country. 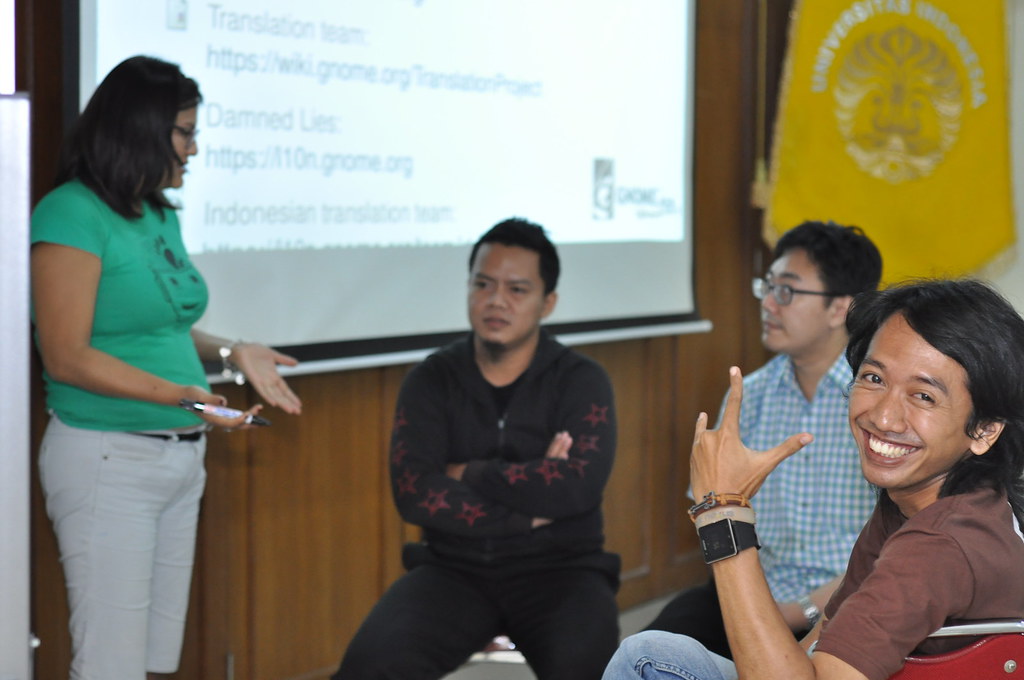 I’m one of GNOME Members

In this post, I will play as GNOME Members and Local Committee.

As local committee, my role job is sponsor finder and supervisor. I did not want to be a leader because I want to train younger friends to create events. To make them more experience. Generally, friends that live as IT person, was a bit difficult to manage some events. And local committee this time are younger than me and deserve to have a chance to manage it.

Being a developer of BlankOn in a long time (seven years), it is very much helpful in getting sponsors. Because I was already known as activist of FOSS in Indonesia. 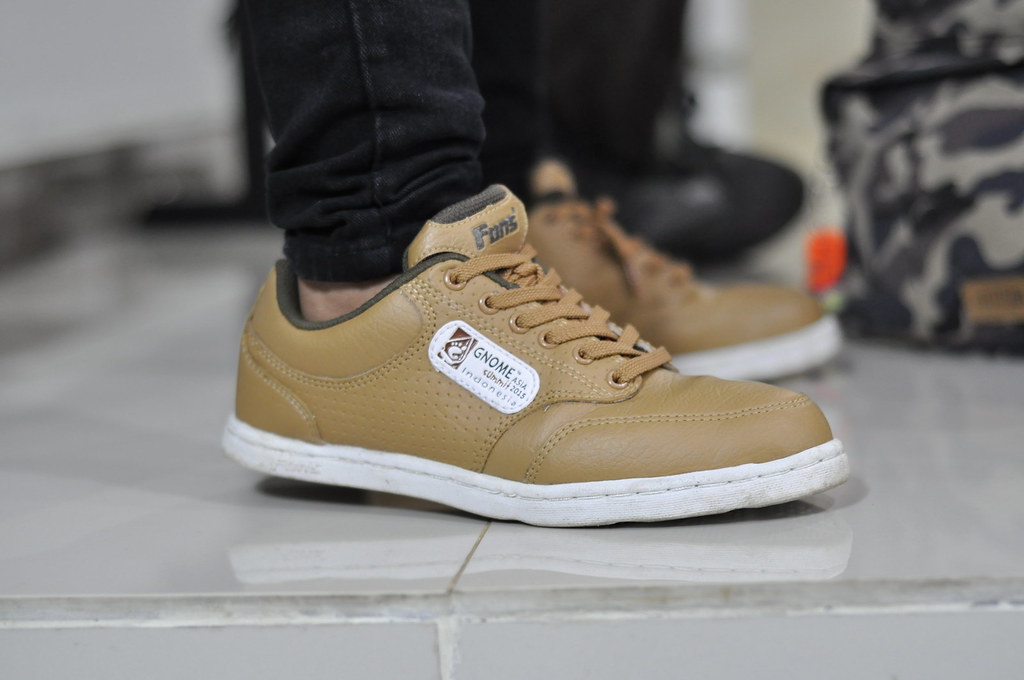 Me and Utian, being supervisor in some activity in local committee such as accounting, agenda, workshop, toolkit, documentation and consumption. I do not get involved too much and detailed, but always ready and willing to be asked for suggestions / advice and, if necessary, be a problem solver.

An example, I always be around the current location of the speakers until 11:00 pm. I assume that the speaker come from Indonesia or another country need some guide or help, while other friends already rest or sleep after being busy organizing the event whole day.

One of the undesirable things happen, Kate, David and Alexandre, failed to get the hotel. The place that already booked, given to others. It was after 10:00 pm. Fortunately, I’m still hanging out with my friends who came from Taiwan. I help them to get another hotel, I also guide them to get local food. It’s not easy to get local food at that time for foreigner. Mostly, only street food and the seller can’t speak English. 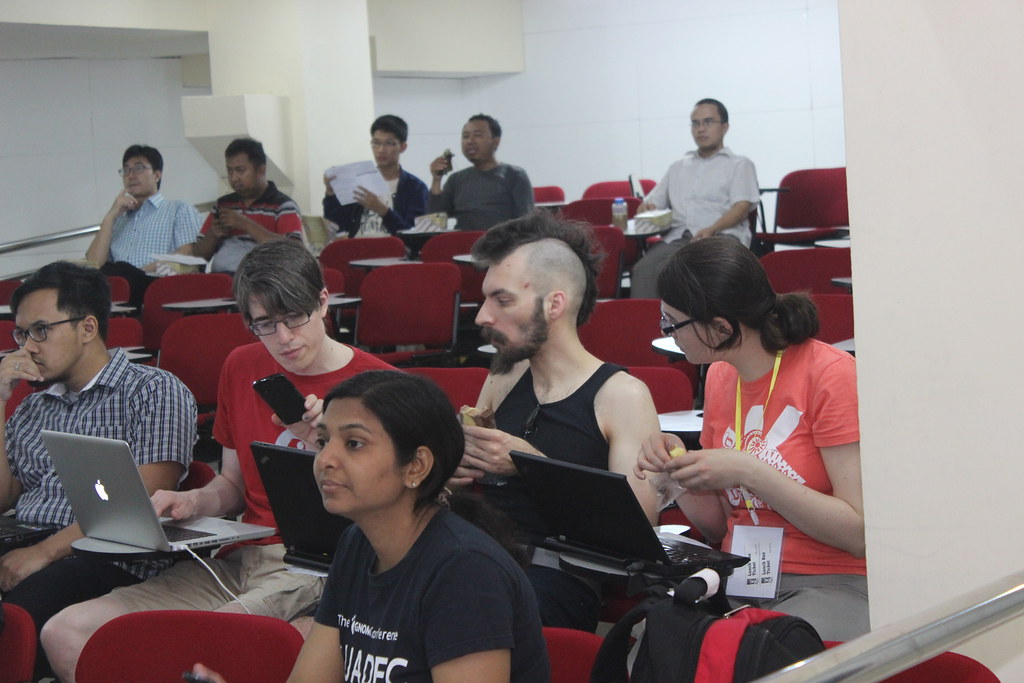 My point is, I want the event going well. Nothing happen that can break the event. I must make sure all runs smoothly. So, yes, I’m very busy that time.

What I expect and get from this event?

One of the speakers in GNOME Asia Summit 2015, Eric Sun (he is my first foreigner friend), is an old friend of mine. A friend who I know since 2008 when I was working in Banda Aceh. We met again when GNOME Asia Summit 2014 in Beijing with Franklin Weng and planned to meet again in GNOME Asia Summit 2015. Eric Sun and Franklin Weng, are developer of Ezgo Linux (distributions based on education and funded by the Ministry of Education of Taiwan). They held a special discussion related to cooperation with BlankOn. BlankOn will help EzGo to manage their distribution. It’s possible that EzGo based on BlankOn. I’m really happy because of that. 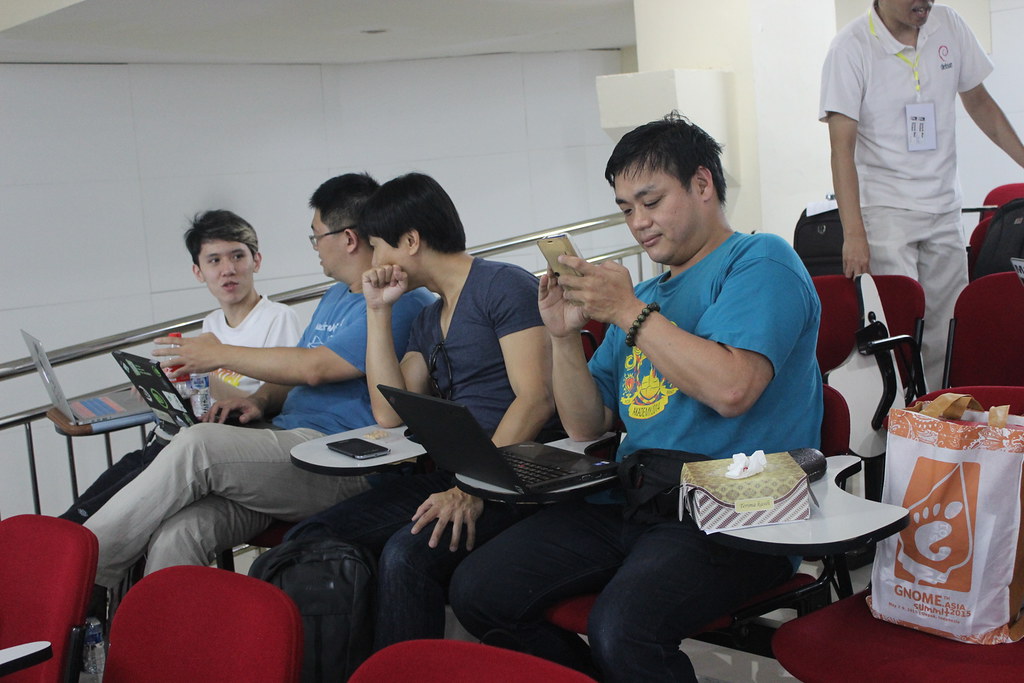 When I was attending GNOME Asia Summit 2014 in Beijing, I meet lot of GNOME Members. Mostly they’re attend this event. We have a lot of discussions. Not only talk about GNOME, but talking about food, place, and culture. And also meet new friends. Amazing. 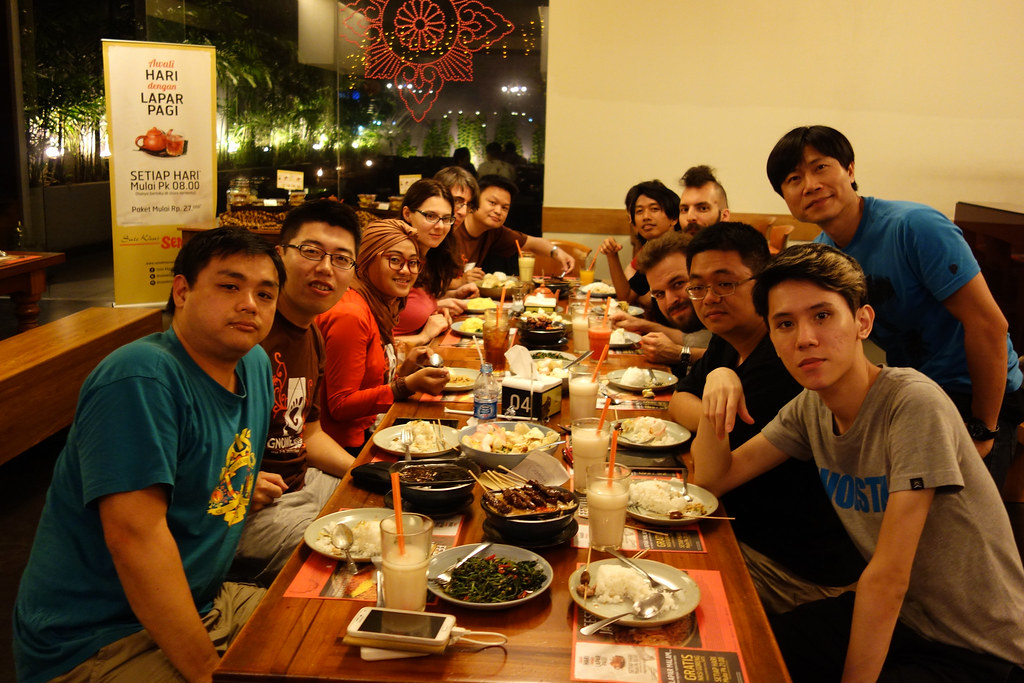 GNOME Asia Summit 2015 is also a event for a reunion of few friends, like the BlankOn developers, community OpenSUSE-id, FreeBSD community, SLiMS, KLAS and several other communities that I do not know. : D 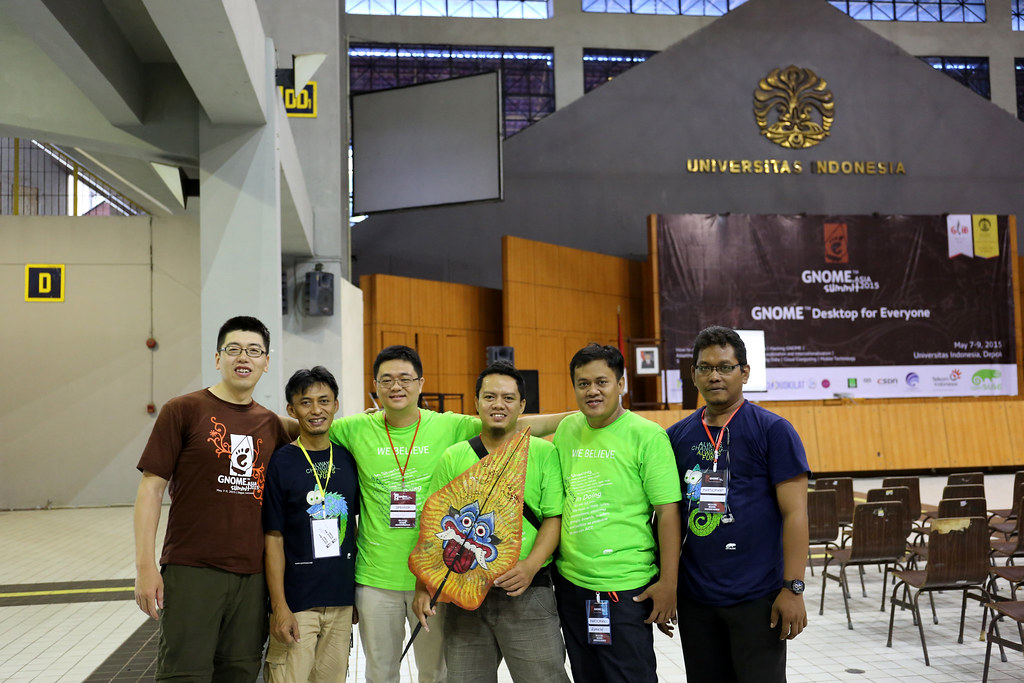 OpenSUSE from Indonesia and Other Country

Actually there are interesting things related to sponsors. Mostly their world are not directly related to information technology or FOSS. Such as the shoes industry, tile industry and stock trading. Yet, many of them exactly know what that means of FOSS and how to contribute, not only with code but also supporting FOSS event. Big appreciate for them, without them, this event would not happen.

In the end, me and several other communities are already planning movement. Such as GNOME Translation Workshop with the KLAS, GNOME Release Party in Jogjakarta, Indonesia Linux Conference in Tegal, EzGo Collaboration with BlankOn, SLiMS Debian Packaging Workshop, and  possibility of OpenSUSE Asia Summit 2016 in Indonesia.

In terms of contribution, the Asia, Indonesia in particular, has a different style between Europe or America. Indonesian people is not easy to start to contribute. They should be introduced first, approached until they know that the contribution was very pleasant and bring benefits both for himself and others. Perhaps Social Engineering is greatly needed in this section.

It is certainly very different from those in Europe or America. If they want to contribute, so just follow-up activities and contribute.

It is very grateful that Indonesia have lot of communities. Such as local linux distribution communities, both developers and users. They can learn to contribute locally if they not feel confident to contribute at the international level. 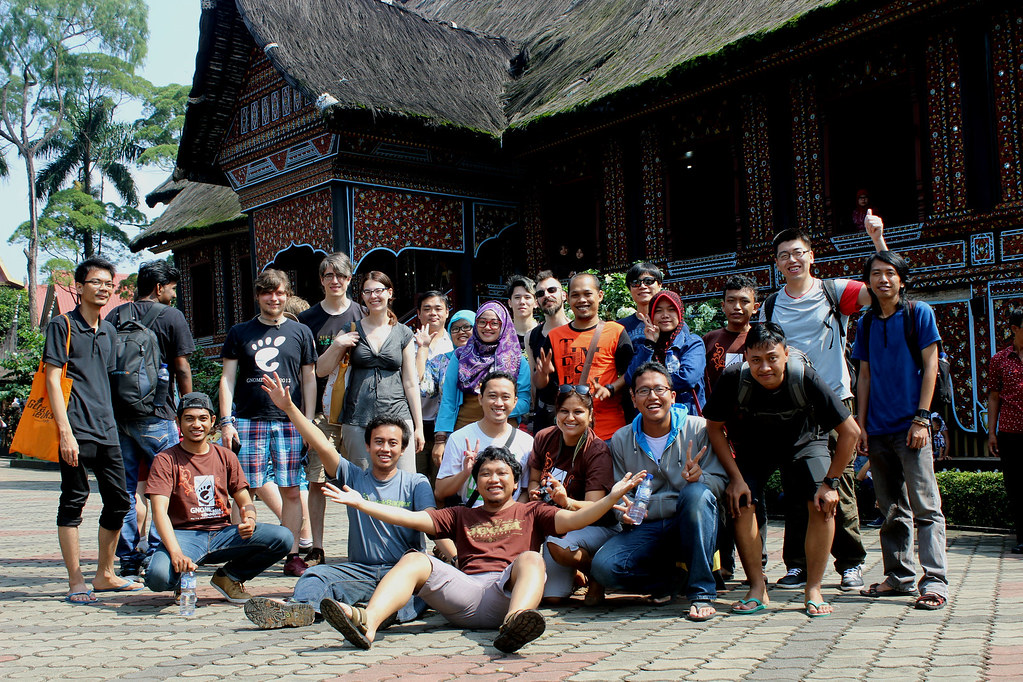